I have been getting bombarded with questions lately in regards to what professional and collegiate level scouts are currently looking for in pitchers. Everyone thinks that scouts will not even bat an eye at a pitcher if he can’t hit low 90’s on the radar. Wrong! Many people also think scouts are looking for those pitchers who mature at a young age and have dominated since they were very young athletes; along those lines pitchers think they need to be bigger to be able to throw faster. Those are also both myths. 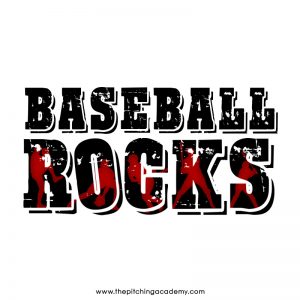 What does a scout look for in a pitcher who can make it all the way to the show?

I have spoken with several scouts, both professional and college, about some of the pitchers I have been working with. I invite some of them to watch my pitchers throw bullpens. They will watch a pitcher throw a handful of throws and ask me “what are his grades?” This is typically their first question. Why do they ask that? It’s obvious, they want to know what their work habits are. They will often ask questions that relate to their physical and emotional maturity, their aggressiveness, dedication to the game, poise and instinct. The most important of their questions is “what are their off-field habits.” That is a great one. I do my best to teach my pitchers to be leaders on and off the field. No team wants anyone with a negative attitude playing with them. They also don’t want to hire babysitters to look after them. They don’t have time for that regardless of talent. Scouts also think it is critical to have a team player who is a very “teachable” athlete. Nobody wants to work with a know-it-all regardless of his background.

What about velocity? How hard does a pitcher have to throw to make it to a great college or professional level?

Very few pitchers throw mid to high 90’s. Yes, those pitchers get attention, only if they can place their pitches and have great off-speed stuff. A good fastball is 92-93 in the major league level. In fact, the average fastball in the majors right now is 91 MPH. A lot of pitchers can do that; more and more High School pitchers are doing that nowadays. Greg Maddux has won four Cy Young Awards as his fastball tops 88 MPH and high 70’s low 80’s with his change. Scouts look for more movement on the ball, especially late movement and pitches that deceive hitters. They also look for future potential in regards to velocity and movement. It is very rare to have raw natural talent; they expect to work with everyone to help them develop and mature. In fact, the average pitcher will not reach their full maturity until they are about twenty six years old. Just keep on working hard and working on your pitching mechanics.

There are a lot of pitchers who get caught up thinking they have to be 6’4’ 230 to dominate in the Majors when they haven’t even got High School Pitching figured out yet. Don’t get caught up in how much you weigh; everyone matures after High School ball and most players gain 20-40 pounds after they sign a pro contract. The weight comes on without trying to eat all of the extra calories. The pitchers that stay in the best shape with less injuries are the ones who keep their body fat between 12-14 percent. Notice how I didn’t talk about weight there. It’s body fat that matters. The more body fat you have, over 12% as a pitcher, the more wear and tear on your body. Extra fat sucks the energy right out of you. Although body fat is necessary, once it is excessive it effects your overall athletic ability.

If you are ready to make it to the next level of Baseball, whatever that level may be; don’t worry about what you can’t control. You cannot control what others think about you and how you pitch. Don’t get caught up with numbers, how fast you throw or how much you weigh. Just focus one pitch at a time and you will be surprised at the end of the day how everything else (numbers etc,) works out in your favor. Don’t sweat the small stuff! In fact, the small stuff doesn’t even matter.