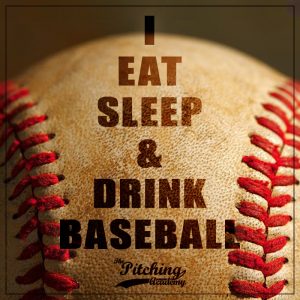 If you are a fan of baseball and movies than chances are you’ve seen the film, “For the Love of the Game” starring Kevin Costner. Kevin Costner portrays a veteran pitcher in the Big Leagues at the tail end of his career trying to prove to himself and others that he still has what it takes to be successful in the Show.

One of my favorite parts in the movie is when he becomes aware of all the sounds in the stadium, the screaming fans, the hot-dog vendors, the opposing team, etc. After becoming aware of his surroundings he says the words, “Clear the mechanism”, then all at once he hears nothing. All he focuses on is his catcher. Wouldn’t that be great if you could do that when you were on the mound? Well, you can.

I’m not saying that you will experience the same thing that is depicted in the movie, that’s Hollywood; however, here are some strategies you can use to help you focus on the things that matter most:

Focus on this pitch. Too many times pitchers are carrying their last performance into their current outing, or even thinking too much about the last hit they gave up. It’s over. All you can control is this pitch.

Throw to your catcher. Let’s remember than pitching is playing catch with the guy behind the dish, focus on hitting him rather than worry about the batter getting a hit off of you. Once you worry less about what the hitter can do and more about hitting your spots, anxiety decreases because you feel a greater sense of control.

Don’t start to go home until you are committed to your pitch. The worst thing to do is to start the windup with you fastball grip thinking to yourself, “I should be throwing the curveball”.

Ultimately, “Clear the mechanism” means to remove distractions and three ways to do this are mentioned above: Focus on this pitch, throw to the catcher without worrying about the hitter, and commit to every pitch. By doing these things you will be able to focus on the things that matter most, which are the things that you can control.