I was at the gym this morning talking pitching to a local coach.

This coach knows of a AAA pitcher who retired from the Orioles organization a few years ago.

This pitcher threw high 90’s and considered himself a “strikeout pitcher”.

After his retirement a couple years ago, he told this coach that he wished he would have been a smarter pitcher.

He wished he wouldn’t have tried to strike everyone out all the time.

He feels who could have played at a higher level if he would’ve hit his spots better and have been more selective with his pitches.

I couldn’t agree with him more! 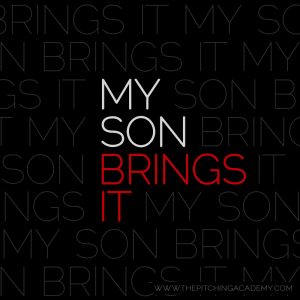 Strikeouts are great, don’t get me wrong.

But you have to play smart baseball; choose your pitches wisely.

You have to realize pitching isn’t about striking everyone out all the time.

Find a hitter’s weakness and play on it.

Be an unpredictable pitcher, one who keeps the hitters off balance because they don’t know what’s coming next.
Many of you know I’m a Jamie Moyer fan.  He’s had his ups and downs like all pitchers, but what makes him great is his ability to keep hitters guessing.

He will throw non traditional pitches on a 3-2 count or any count for that matter.  He has confidence in all of his pitches and hitters don’t know what to expect when they face him. That’s what works!

So if you consider yourself a power pitcher, great!

It’s awesome that you can throw hard.  It comes in handy.

That’s why we teach you how to throw faster in our pitching mechanics DVD.  But we all know if that’s all you can do, you get crushed.

Be a smart pitcher!

Keep the hitters off balance!

Take the time to learn how to be a better pitcher today!