Pitch Count! What is Acceptable?

How To Throw A No-Hitter 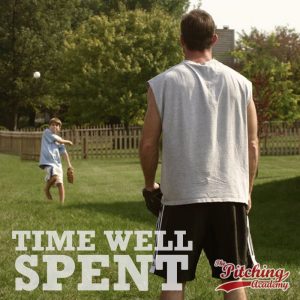 Playing catch is one of the most important things baseball players can do to improve their hand eye coordination.  Most players don’t take this simple skill drill as seriously as they should nor do they play catch as often as they should.  I believe the basic fundamental skills of playing catch correctly are not often learned, as in days past, due to extensive play of video games and watching television.

Pitcher’s should take every opportunity they can to work on skill work (mechanics).  Playing catch with a purpose will help improve your overall mechanics quickly.

Every time you pick up a baseball you should focus on an area of mechanics that needs improvement.  You can focus on leading with your hips or getting into a good equal and opposite position with your arms etc.  Too many young pitchers just throw to throw the ball and never learn to play catch with a purpose.

Play catch with other pitches:

After you are good and loose you can play catch with any other pitch you throw.  One of the most difficult pitches I teach my students is the Circle Change.  I encourage all of my students to play catch with the pitch often so they get used to the release point and timing.  The release of this pitch is one of the most difficult because the circle is thrown at your target.  You can also play catch with any other pitch for the same reason; to get used to proper wrist and forearm angle at release of the ball.  Remember that your mechanics don’t change when you throw different pitches; especially arm slot.

Next time you play catch, make sure you throw with a purpose.

The Pitching Academy believes that learning the fundamentals of Baseball should be simple.  We also believe that with proper repetition you can master any skill, giving you the opportunity to play at your fullest genetic capabilities.  In our new Baseball DVD series we teach pitchers how to

·         RECOGNIZE AND CORRECT MOST MECHANICAL FLAWS

· USE EFFECTIVE PICK OFF MOVES AND SO MUCH MORE!

Keep it simple and consistent and you will become the player you want to be!